He always thought of the Sea as ‘la mar’ which is what people call her in Spanish when they love her … But the old man always thought of her as feminine and as something that gave or withheld great favours, and if she did wild or wicked things it was because she could not help them. The moon affects her as it does a woman, he thought.

The old man and the sea – Ernest Hemingway

NeverLand will be conducted by Andrea or Daniele. On board of NeverLand we speak Italian, English,Spanish and we understand French.

Captain and owner of SaMartina is Andrea Suardi, born in  1973.

Passionate about sailing since I was a boy, I got my boat license at the age of nineteen. A few years later, with a friend I bought my first 7-meter cabin cruiser, thus beginning the “career” of the shipowner. I participated to several regattas, including the Viareggio-Bastia-Livorno in the Tirreno Sea and four editions of the spectacular Barcolana, in Trieste. Over the years I have had larger boats, sailing in the Tirreno  Sea, between Tuscany, Liguria, Sardinia and Corsica and in the Adriatic between Italy, Slovenia and Croatia. Since 2015 I have been sailing among the islands of the wonderful Ionian Greece.

To date I have accumulated over 11,000 miles at the command of various boats, sailing in different seas. I like sailing, fishing, diving and snorkeling, swimming, discovering new bays … and enjoying an aperitif on the deck in an enchanted bay at sunset!

During the Summer 2013 I organized and led the transfer from Barcelona to the Adriatic Sea across the Mediterranean of a wonderful Hallberg-Rassy with my fellow skipper Daniele. With a crew of friends we shared this great adventure: a journey of over 1500 miles along the most beautiful and exclusive seaside resorts of the Spanish, French and Italian coasts, a beautiful experience and an indelible memory. During next season we will sail with the newly refitted NeverLand, a marvelous Beneteau Oceanis Clipper 500 in deluxe version, exploring the Aegean in Spring and the Ionian in Summer.

Grandson of a fisherman, sailor since he was a boy, kite-surfing teacher, keen on kayaking and surfing, Daniele was born and raised in close contact with the sea. He worked several seasons in Greece aboard an 18-meter yacht, participated in several regattas and can also be proud of having crossed the Panama Canal aboard of a 12-meter ketch. From the beginning he took part to our adventures transfer from Spain the first yacht and taking part to the organization of charters in the Conero Riviera and in Greece. 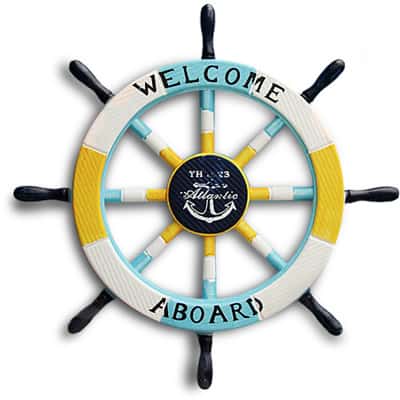 Feel free to contact me for any information or clarification you may need about our skippered charters in the big blue of the Greek Seas. I may suggest you how to easily reach the embarking harbours and organize your holidays at best. if my yacht is already booked, i’ll be happy to redirect you to a fellow captain or to a charter company: I have many friends sailing through the Aegean, the Dodecanese, in the Italian islands and in Croatia.

Our cruises may be booked directly or through the main tourist nautical portals , such as Airbnb, Homelidays, Antlos, Sailsquare, Skippair, Click&Boat, Tripadvisor, Nautical, etc. Though we think that the direct contact has some advantages:

– the possibility of a direct contact before to effect the payment, meeting each other over the phone, making clear and agreeing all the details in advance regarding embarking, disembarking, transfers and logistics, extra fees, cabins’ , etc.

– substantially saving on the web portals’ commissions, that are seldom as high as 15% to 20%

Holidays on board our Yacht are organized in accordance with Greek law: NeverLand in fact flies the Greek flag, with a regular Hellenic VAT number and charter license. Be wary of the so-called black charters and do not run the risk that your holiday will be interrupted: tolerated until a few seasons ago, today they are banned and the Greek Authorities can seize at any time the boat on which you embarked, if without a regular license.

This website uses cookies to improve your experience while you navigate through the website. Out of these, the cookies that are categorized as necessary are stored on your browser as they are essential for the working of basic functionalities of the website. We also use third-party cookies that help us analyze and understand how you use this website. These cookies will be stored in your browser only with your consent. You also have the option to opt-out of these cookies. But opting out of some of these cookies may affect your browsing experience.
Necessary Sempre abilitato

Any cookies that may not be particularly necessary for the website to function and is used specifically to collect user personal data via analytics, ads, other embedded contents are termed as non-necessary cookies. It is mandatory to procure user consent prior to running these cookies on your website.